Its become the time of year where we should start thinking about putting on some sun screen. Hey I’m PINKY.

How has everyone been spending today, a day where the Olympics are the talk of the town?

Here at Able Hakuba Goryu Ski Resort, we are still in full operation.

Today was an overall hot day.

The sun was shining in both the upper and lower parts of the mountain, making it feel so good that I rode an extra lift during my morning patrol. (this is just between us ok?)

What a splendid view of the mountain range from the slopes. 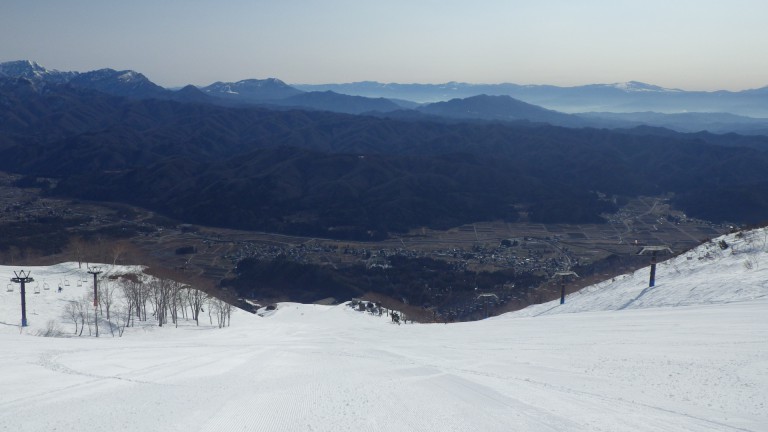 Even so, it was so hot that there was ‘stop snow’ on the Grand Prix course all the way to the bottom.

My recommended routine for the day is to ski first thing in the morning → and during the hot midday have a nice beer!! (That’s what I like to do!)

When I went to Tokyo the other day, there were many people who were telling me “There’s not snow there right?”, but though there indeed might not be much snow, from the top to the bottom of the mountain and people can still ski to the bottom. And as someone who is working, I haven’t felt much stress from the snow (except the stress to my knees from the stop snow) thus meaning that you can still ski!

Is it only me that feels like this is the same as all the other months of March from previous years!?

Meaning that of course we’ll still be waiting for you tomorrow!! 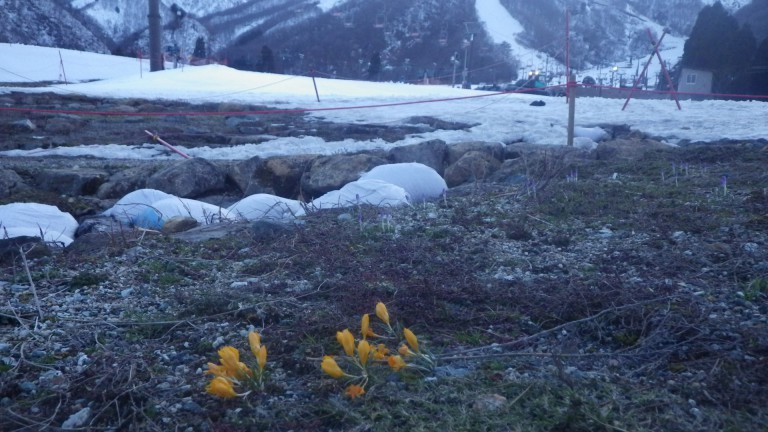 The first breath of Spring next to the groomed snow. (In the middle of studying the names of flowers)

Continuing on to tomorrow.