Today, it snowed way more than expected. Hakuba Goryu was covered in white, even until the steps of the patrol room. It felt like a scenery from the start of the winter season. 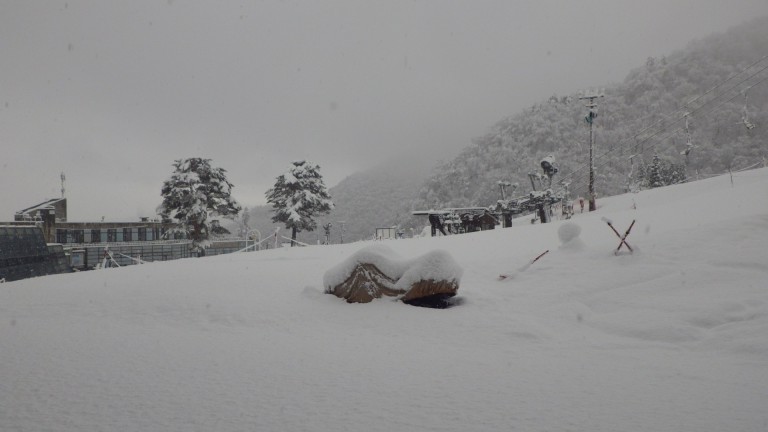 With 20cm of snow at the bottom and 40cm on top, the slopes look fresh again. The Winter feeling has been going on since the past couple of days. It wouldn’t be surprising to think that may be a January photo. 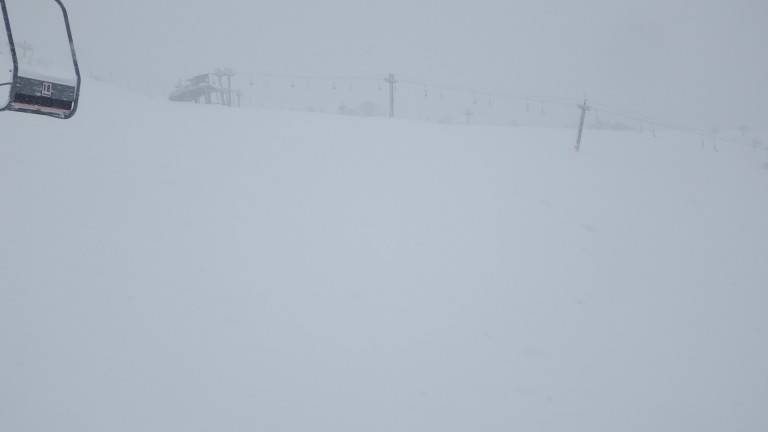 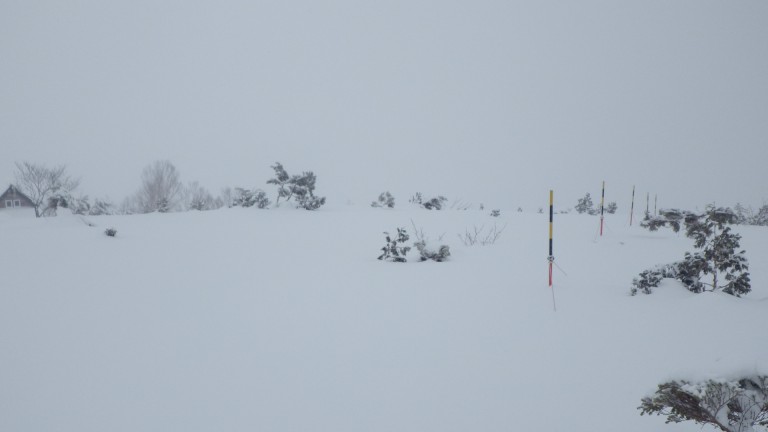 There’s a good amount of snow piled up. (Don’t worry, I fixed that rope post-photo) 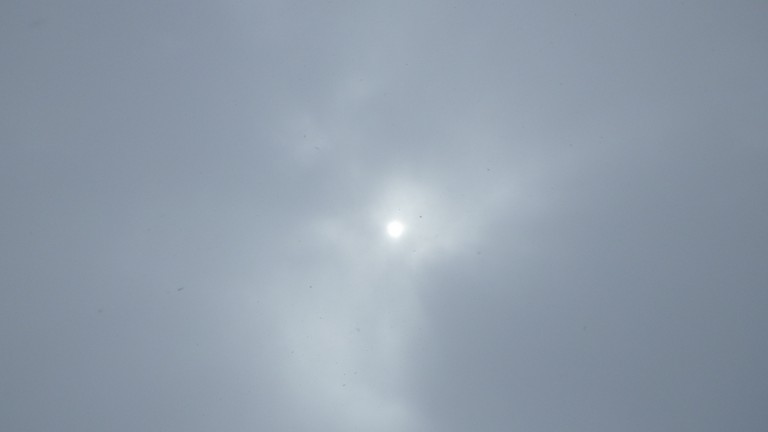 The snow finally let off, and visibility became better to create a nice silent atmosphere.

When looking up at the sky, you could see the sun through the clouds, which gave off a rather mysterious vibe.

It made me think “Ah, I really like this feeling! It might be a first for this season.” as I was going about my inspection. 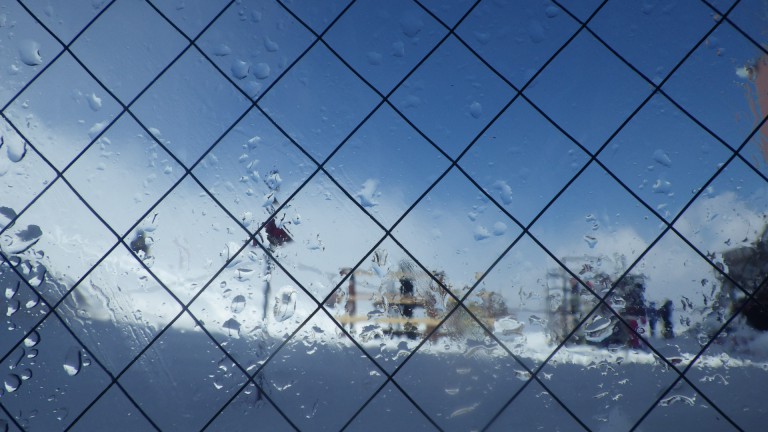 And just like that, the weather changed at super speed. The winds also started to pick up, and for a while it seemed like the lifts would have to be temporarily stopped, but we somehow managed to pull through. 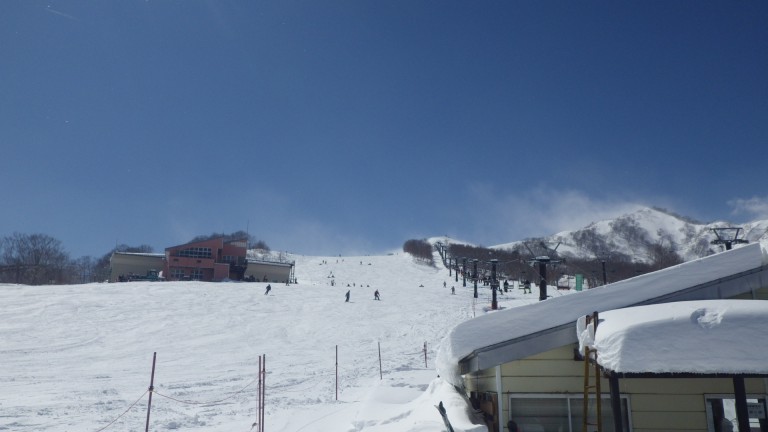 With a clear blue sky (not counting the snow being blown by the wind), the spring sun mercilessly shone onto the soft snow, strongly trying to bring about the change in seasons. 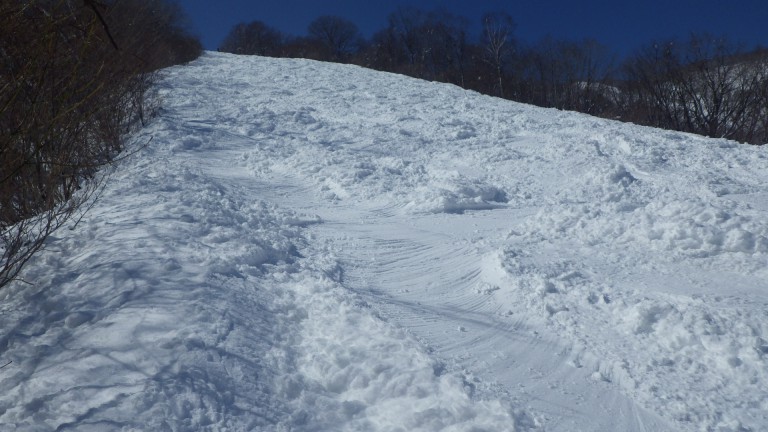 If the top is like this then the bottom must be…

The expert course that recovered has veeery heavy spring snow, which can be rather rough on the knees. (The fact that my knees are feeling it might also be a first for this season..) 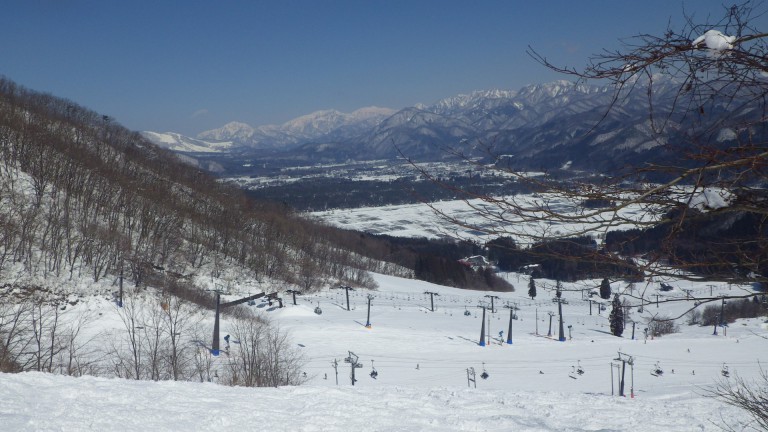 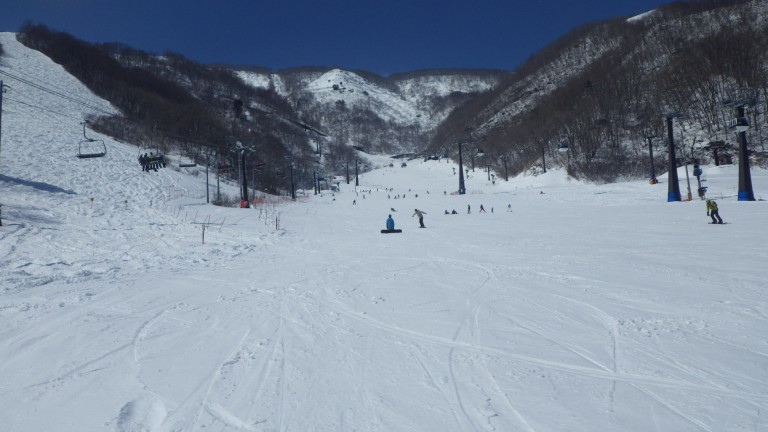 The slopes are still a pure white. Even if the wind blows, my knees hurt, the wet snow slows me down, the atmosphere that I most enjoy goes away, and the snow condition changes, I still enjoyed the morning! 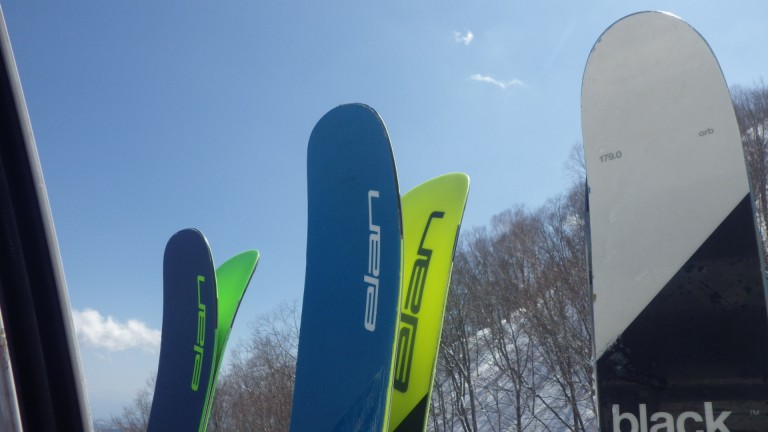 Maybe the skis that have no choice in where they go were happy as well…? 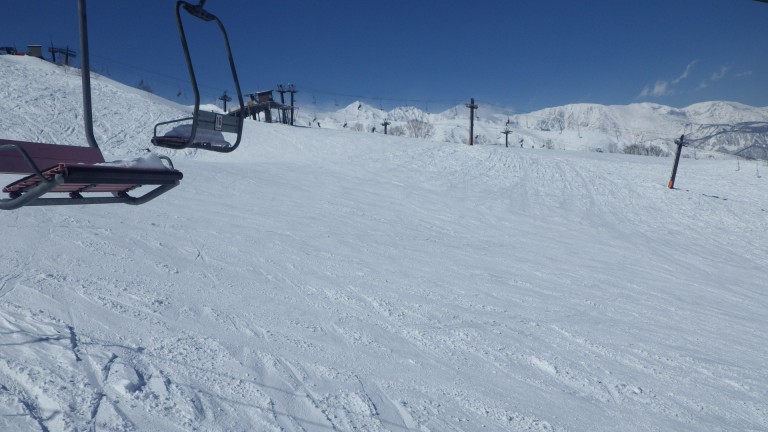 With it becoming afternoon, with the changing seasons, the slopes were quite obviously in full spring-mode. 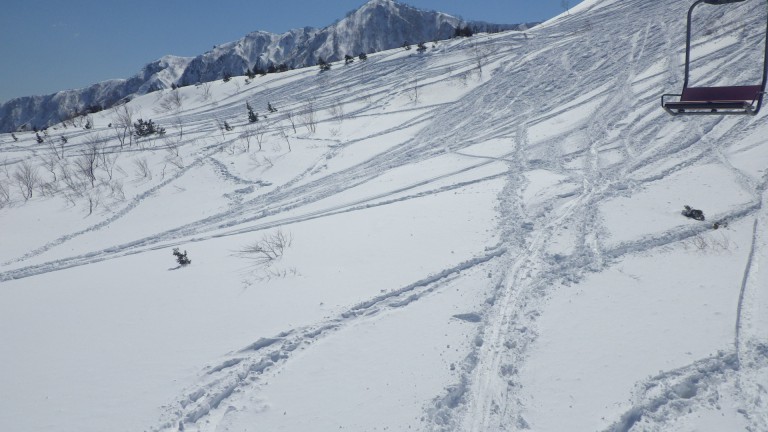 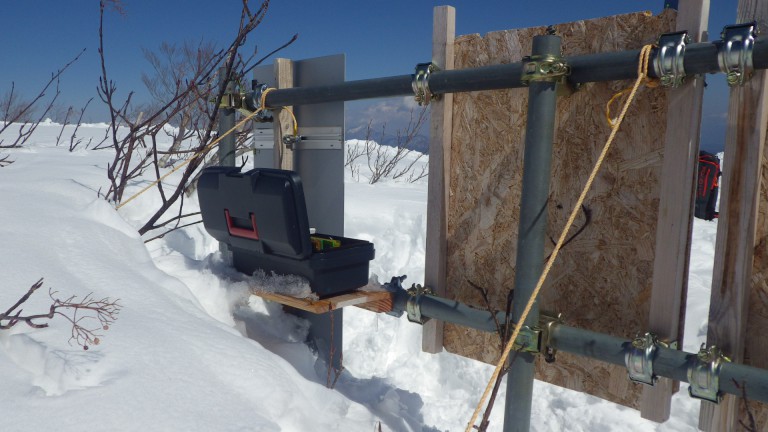 With the weather having completely calmed down, we start our work of digging out the notice boards by the border gate. 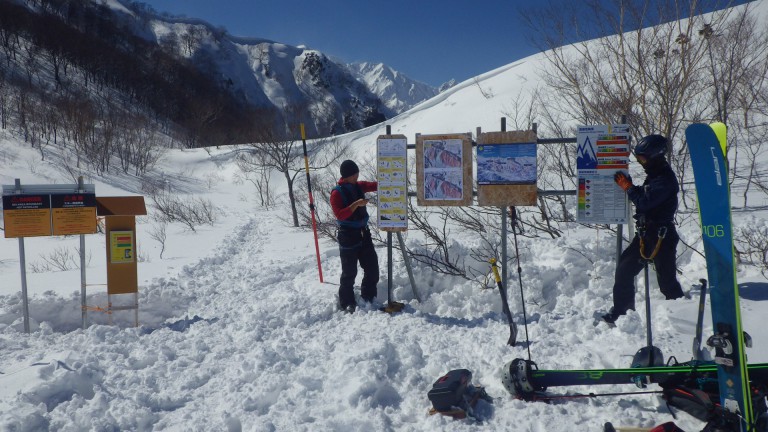 It was a nice work sesh; while talking about something that I won’t be mentioning here…

Its been a while since the time has passed so fast in one day. The slopes at the end of the day had the scenery, and snow of a late game snow season. At the very very end of the day, the snow in front of the base patrol room had completely melted away. 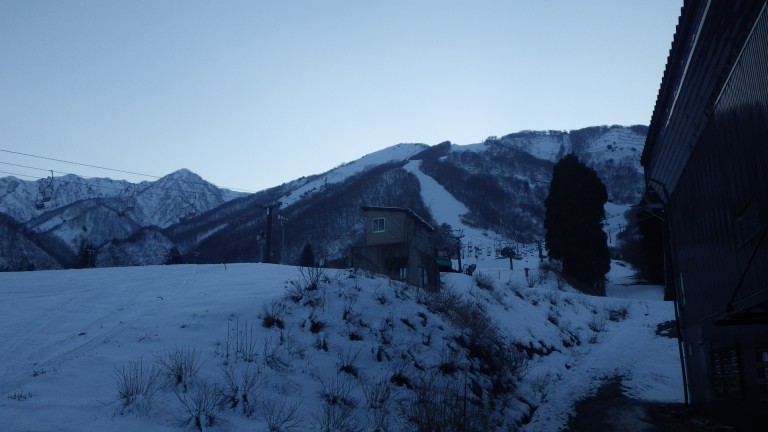 I feel that today was a day which quickly changed from being in to out of the skiing season.

Despite that, I sure that today was still a rather fun day for everyone.