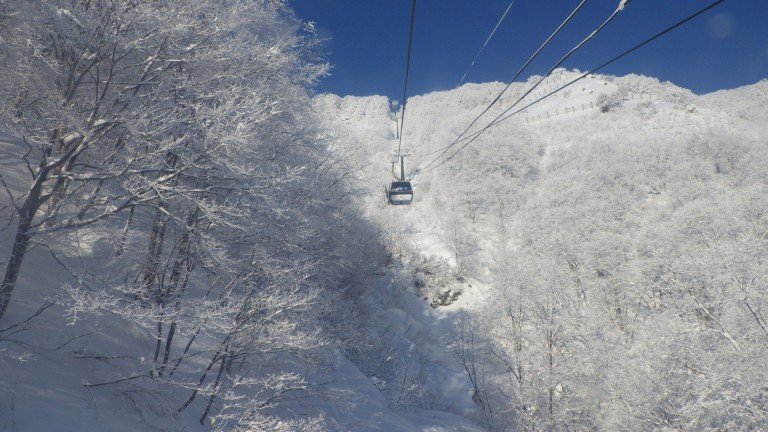 The weather was so good today!
Temperature was also rather low.
The edge grip was quite nice on the slopes, and the good snow condition lasted a long time.
Woody Course was unfortunately ruined by the rain. We wondered for a moment how it would turn out today but what a release!
We cropped Dynamic Course for a while, but it is now finally complete!
On today morning’s radio, they said it could be “the best course ever”.
They are not wrong!
During my first morning patrol, I came across Mr. K from the lift section who was taking a picture on Grand Prix Course. 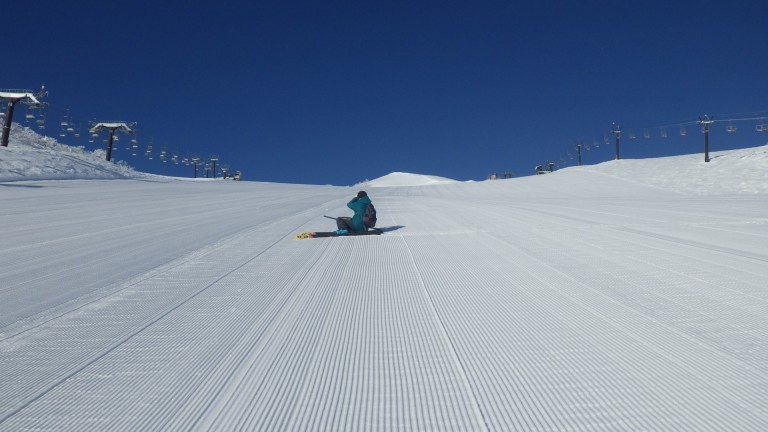 He was lying down just there, I thought he was having trouble so early in the morning!
Man, give me a break…
Well, it was indeed a beautiful morning, he couldn’t help it.
Even preparing safety net on Woody Course was enjoyable.
For some reason, our bosses organized a meeting during net preparation…

Even though temperature was low, the snow cannons were not in a good mood. 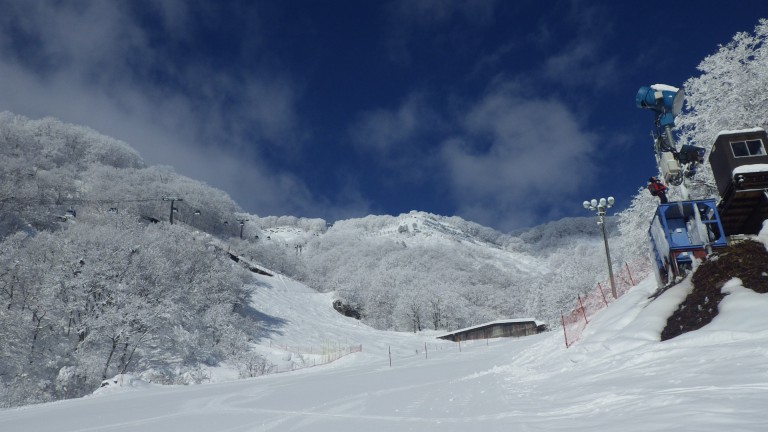 It was cold, so at least throw some snow not water!
Today we focused on rope training. 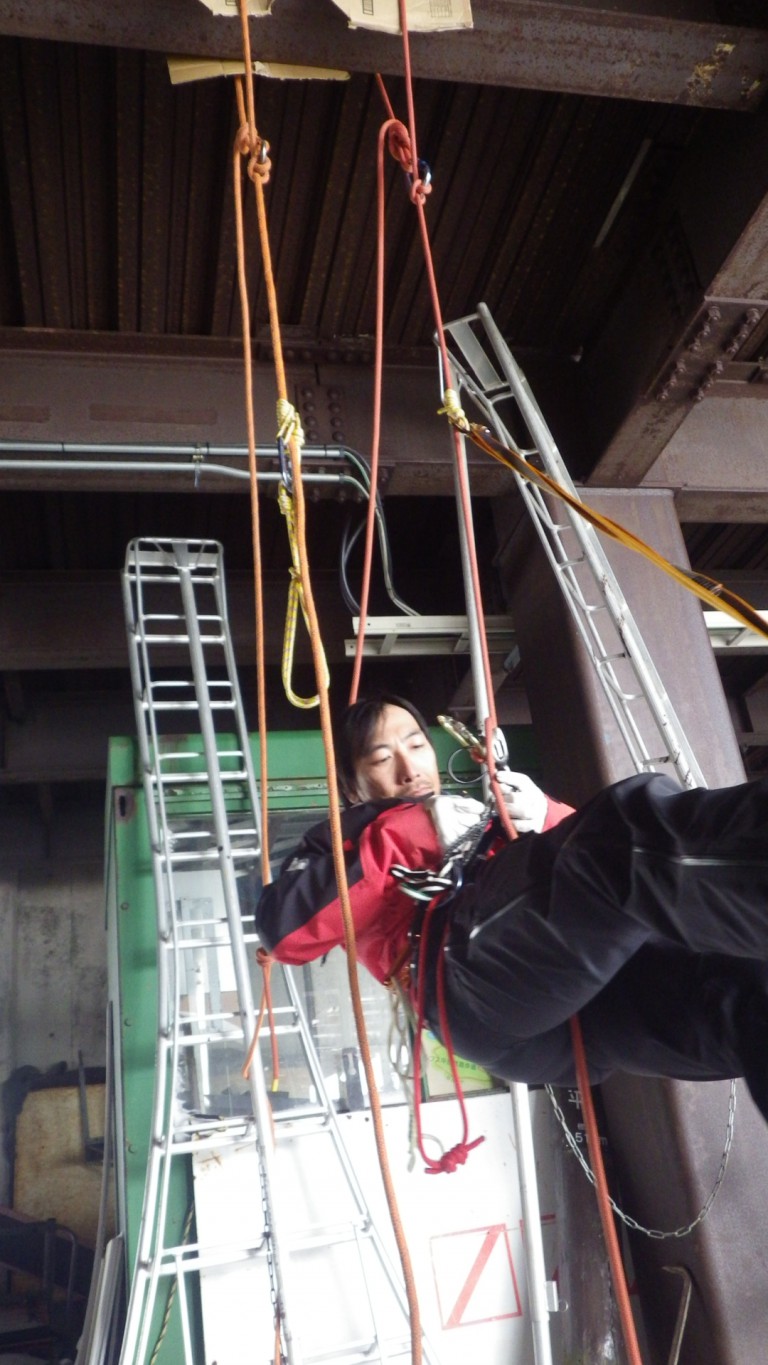 A lot of climbers in the patrol section.
Whether experts or beginners, it was a great training for everyone.
First go up using the climbing system, then move to the side to go down. I had to do this right.
Tonight’s weather forecast is cloud, -7 degrees and not a single snowflake.
After today’s weather condition, tomorrow seems to be a good day too.
See you guys tomorrow!