Good evening, I’m Kuromet, who will always give his full attention when hearing the commercial for instant kitsune udon.

Today starts with an overcast sky. 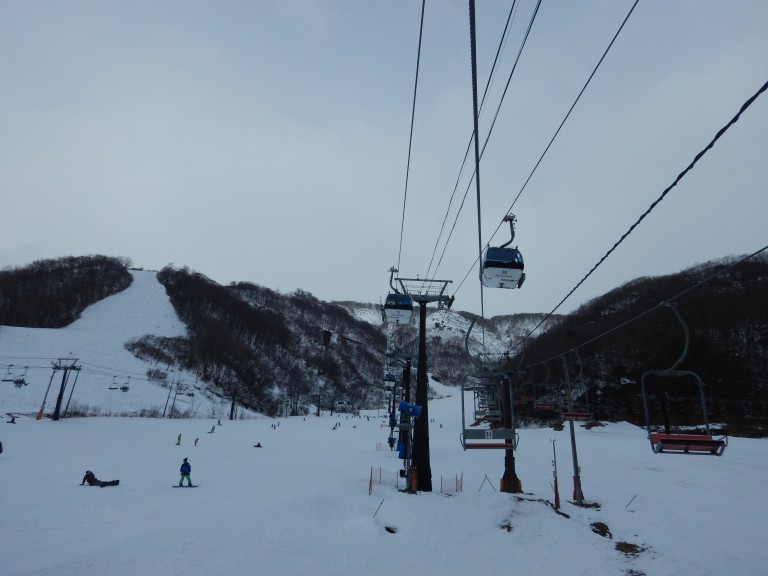 Maybe its due to the low pressured air of the Japan sea, but the southern winds were very strong this morning.

There was snow this morning which slowly danced to the ground, but as time went by, it thickened into a bit of a blizzard. 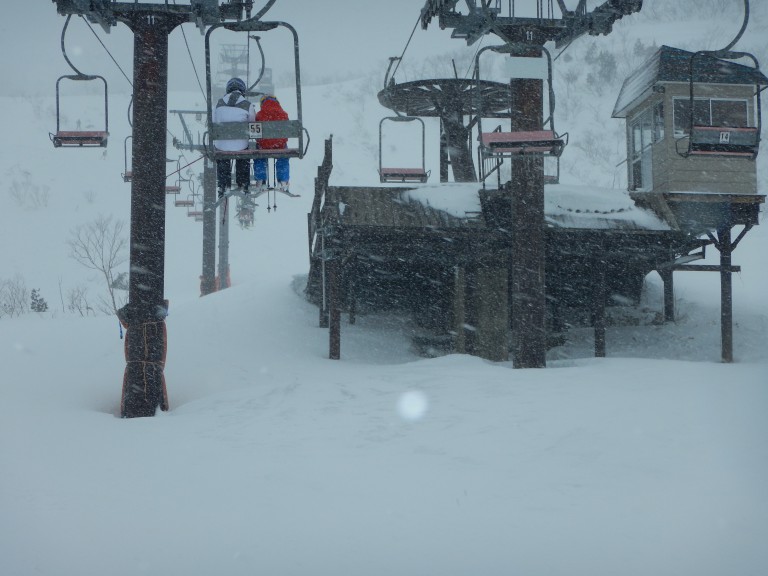 Even if it is hail or wet snow, it is always a pleasure to see anything close to snow. 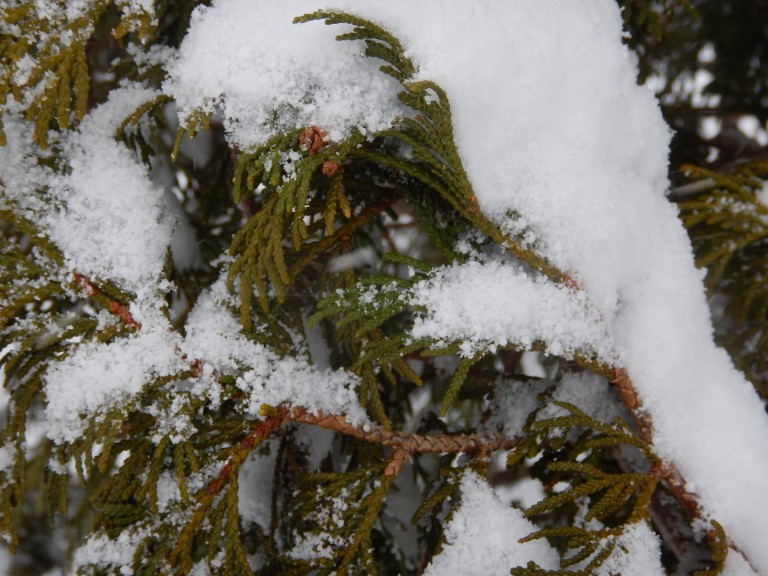 It refers to the altitude before the temperature crosses the boundary between liquid and solid.

That’s between the top of the Dynamic course to the end of the Woody course.

The freezing level seemed to rise as time went by.

And when you go below the freezing level, you’ll find the Toomi slope in a full day of rain. 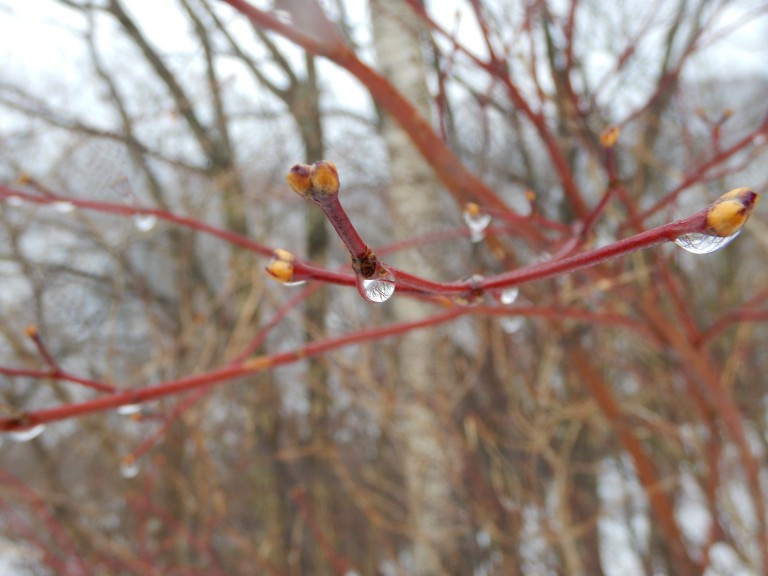 The rain can create quite refreshing sights, but within the perspective of the winter sports industry, it causes so much damage to the slopes that all we can say is “Now’s not the time!” “No way, never.” to the rain.

Thanks to the hard work of the snowfall squad and the snow grooming squad, the Woody and Toomi slopes are barely able to keep a good feels skiing experience.

However on the Expert course, which the maintenance is left entirely up to nature’s whims, has grass popping out here and there. 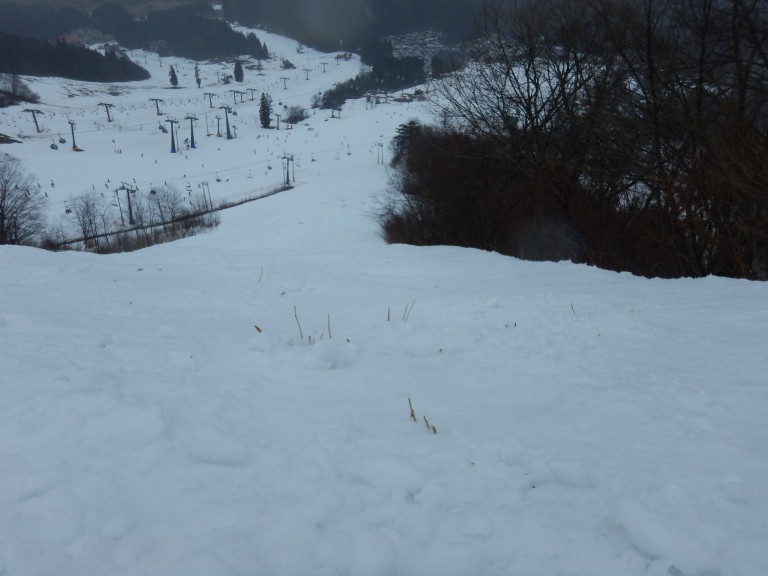 It has mostly soft snow so is still accessible, but there are some spots which unexpectedly have harder snow, so please do be careful.

The snow that was falling all day is around 3~5cm of heavy wet snow.

The low air pressure has moved off and the winter winds seem to be coming back, but it seems like we can’t expect much large amounts of snowfall.

But for now, we are thankful for any amount of snowfall.

We are in your tender care, Snow Goddess-sama. 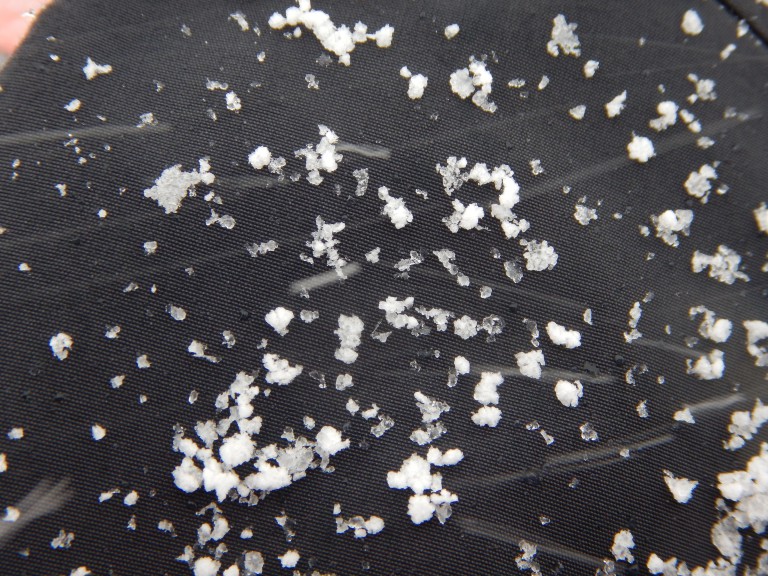 Starting with skiing, outdoor sports have an intrinsic nature of being dangerous.

As a ski resort, we put in our best efforts to reduce the dangers that come with skiing, but of course it is impossible to completely erase them.

I strongly believe that it is important that those choosing to ski should be knowledgeable about the dangers and quickly perceive them so as to avoid them completely.

The safety within our ski resort can only be maintained with the help of all those skiing on the slopes.

We have high expectations from you guys ^^ 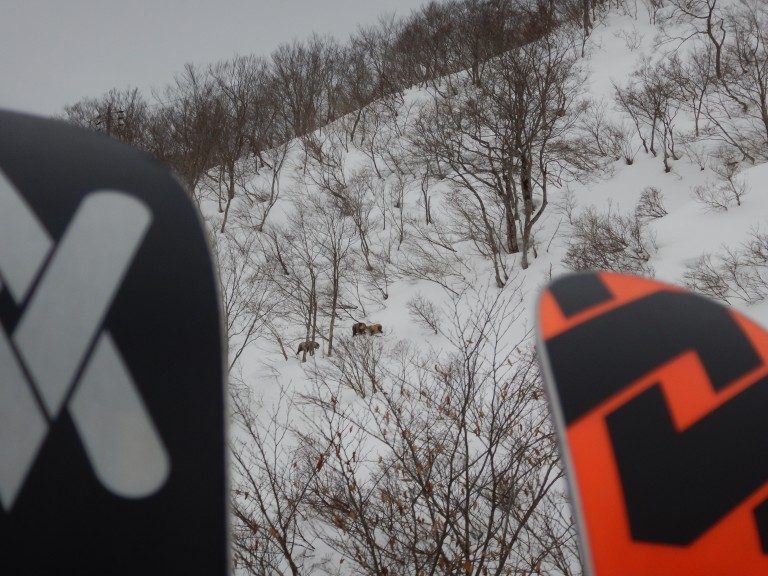 Today I found some Japanese Serow loitering around an area that they usually are not found in.

They are often found in dangerous areas, and with the severe lack of snow, they are even able to access places that they normally wouldn’t during a harsh winter.

The animals of the wild are using the most of their instincts to be able to overcome the circumstances of this strange winter.

I think that I could learn a thing or two from them, yes.