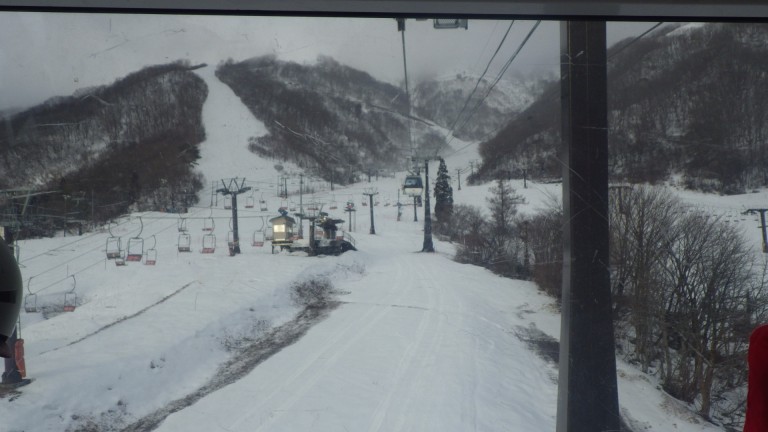 “I want to fill today’s blog with photos of the mountain bathed in the red morning light!”, is what I thought, but by the time I got onto the gondola, it was surrounded by fog.

Hi everyone, its tko!

Well, realistically speaking I was a bit too late (7:30am) to be able to catch the morning rays anyway. The temperature has been generally quite low since this morning, and the Alps Daira has been able to maintain a good snow condition.

The Toomi slope has been receiving warm sunlight to the point where it can be mistaken for being spring. The snow there is a bit slushy.

Winter glides forth into spring, and spring rises yet again into winter.

Today was just that kind of day.

As time went by, the fog lifted to reveal a beautiful clear day. From the summit of Goryu to the peaks of Karamatsu, everything became uncovered for a breathtaking view of the mountain scenery. 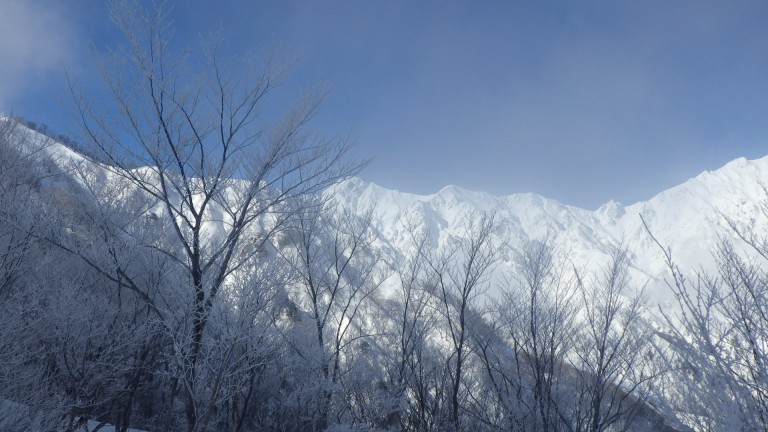 In this season which is said to lack snow, though it may be disheartening, we should make the best of the snow while it lasts. Let’s make it so that we don’t end up thinking “Ah, I wasn’t able to ski much this year…”.

That said, it still is an undeniable truth that there isn’t much snow. What is usually snow fields with trees completely covered in snow at this time of year, now looks like this. 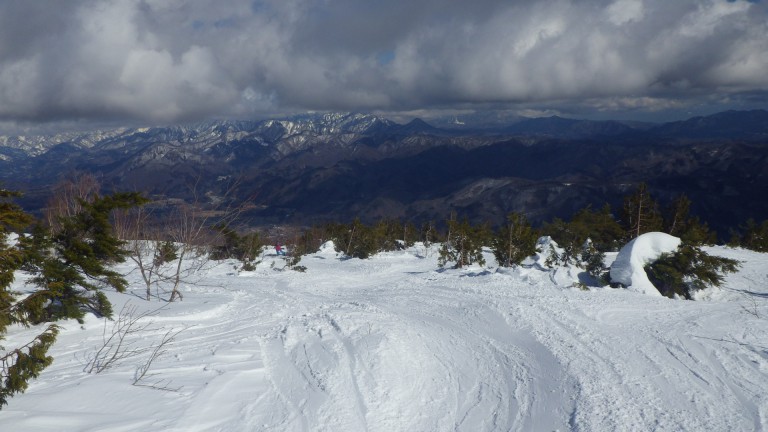 In the ungroomed course, there are trench-like paths where, if entered wrong could result in a bad fall. Instead of skiing, I recommend just enjoying the mountains tranquility and carefully returning to the groomed courses.

Recently, there has been an increase in patrol staff working during the day. May it be due to it being the period when university students go on break? I wouldn’t know, because I never really attended university… 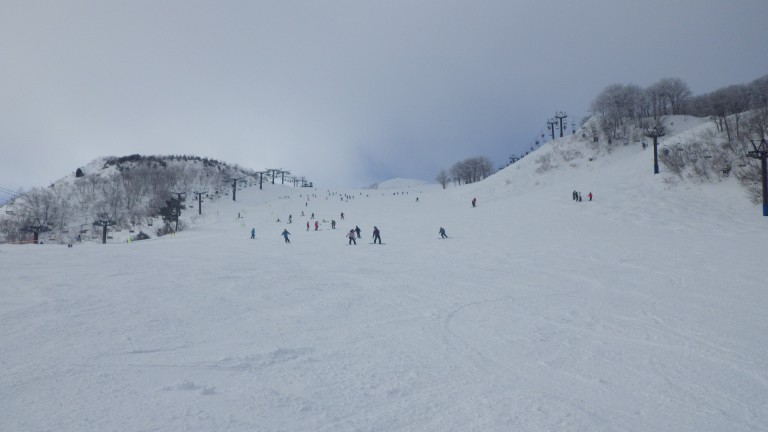 I would much prefer it if everyone who comes to Goryu leaves with a smile on their face, but unfortunately that is not always the case.

Never forget to make the large investment which is preparing insurance in case of injury. And not just the one limited to snow sports but also one for general purposes.

It has helped me on multiple occasions to reduce and even avoid large risks. Next is to make sure that I am skiing in a safe manner. 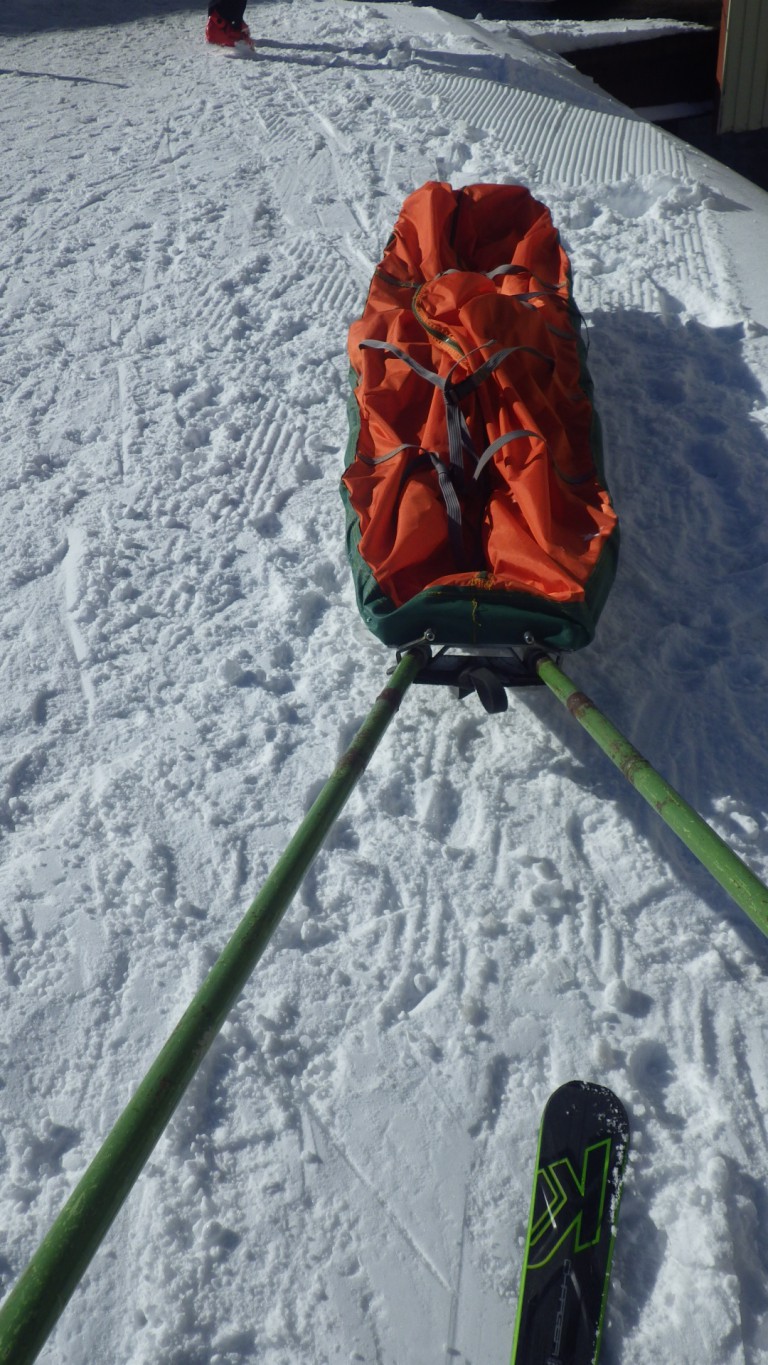 Okay, todays weather is clear with some clouds, and there isn’t any snowfall whatsoever. Isn’t that strange.

Lets hope for the weather to worsen but in a good way.

Well then, see you tomorrow! And check out this little bonus I got today.

I enjoy being praised whatever time of the day!