Good evening everyone, it is Kuromet! (Black Helmet)
Did I tell you I love shopping? I often read through shopping magazines in great detail.

Today we got 5 cm of snow (only in the Alps Daira zone though). 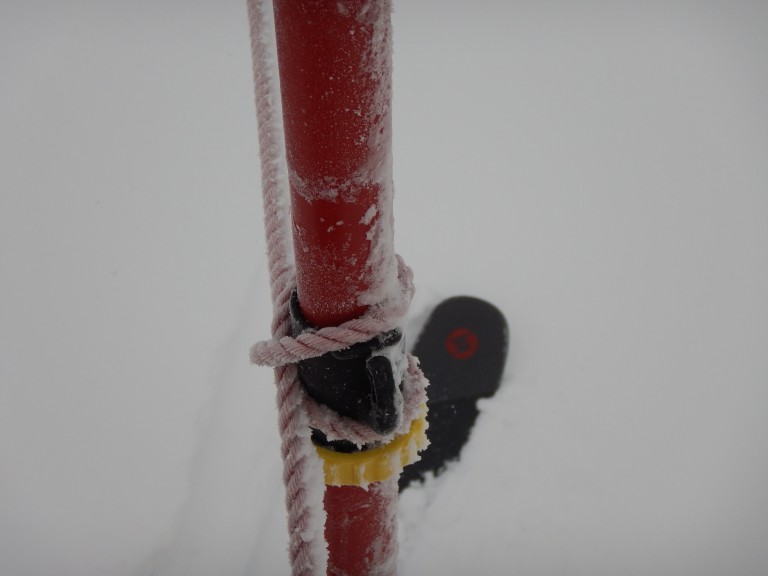 I appreciated the snow crunching under my feet, even if it was just a thin layer.

However, in the blink of an eye, the snow which soaked up the water turned into ice and formed a very slippery and thin layer.
By taking a hard curve, you might get trapped by the layer.

As a bonus, fog came down on the slopes. It became really tricky to read the path. 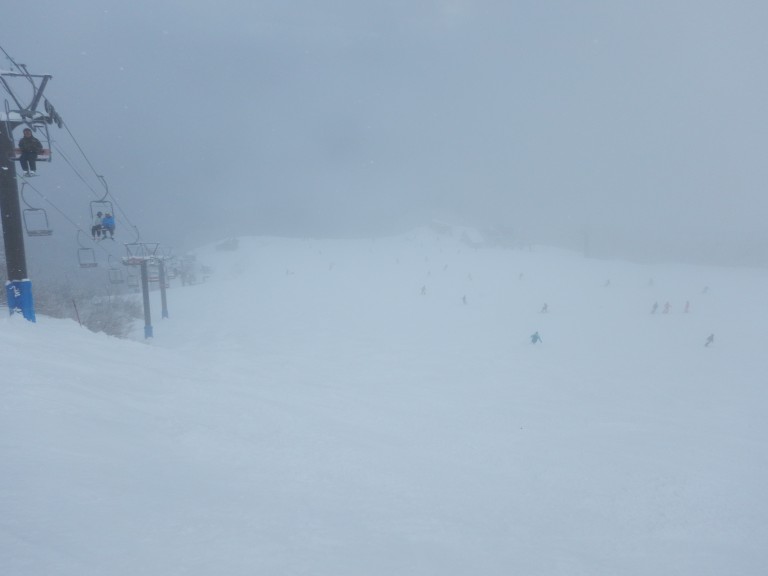 The sensation of skiing on fresh snow was great, but it was difficult to enjoy it when trying to make out obstacles in the blizzard.

Furthermore (I talked about this in the previous post), the Red Bull Edge tournament is currently happening on toomi slope! 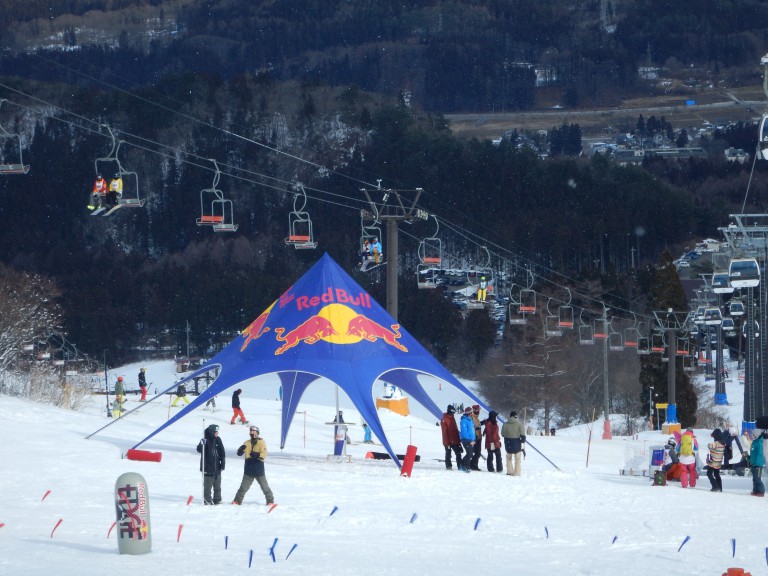 For the great pleasure of snowboarders who love extreme curving. 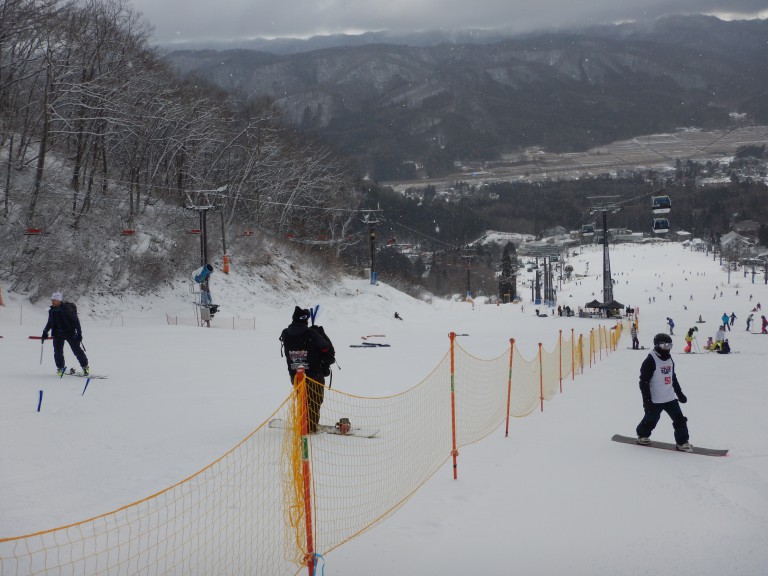 In front of the gondola station, the Red Bull DJ Truck showed up and made the ski resort feel like a massive party! 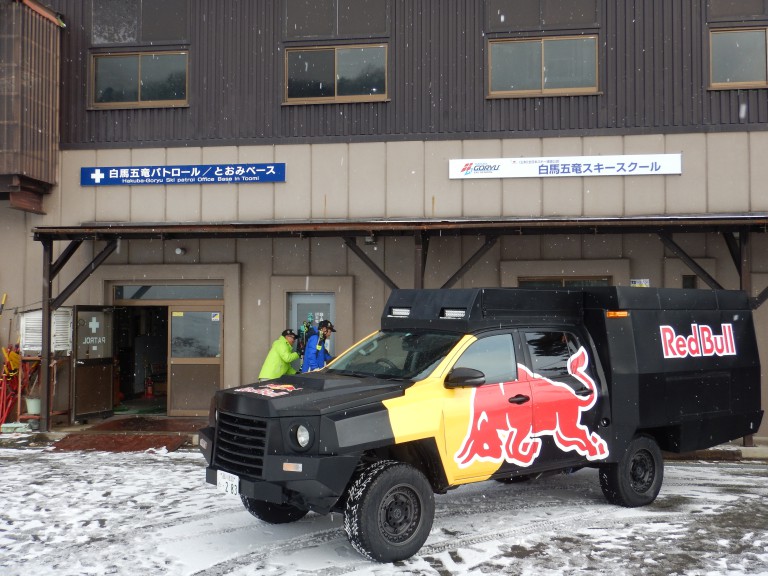 The event will continue tomorrow as well, so for those who are interested, please feel free to take a look.

And now for the weather report! Its been snowing at the top of the mountain throughout the day, to the point where around 5cm of snow has accumulated. 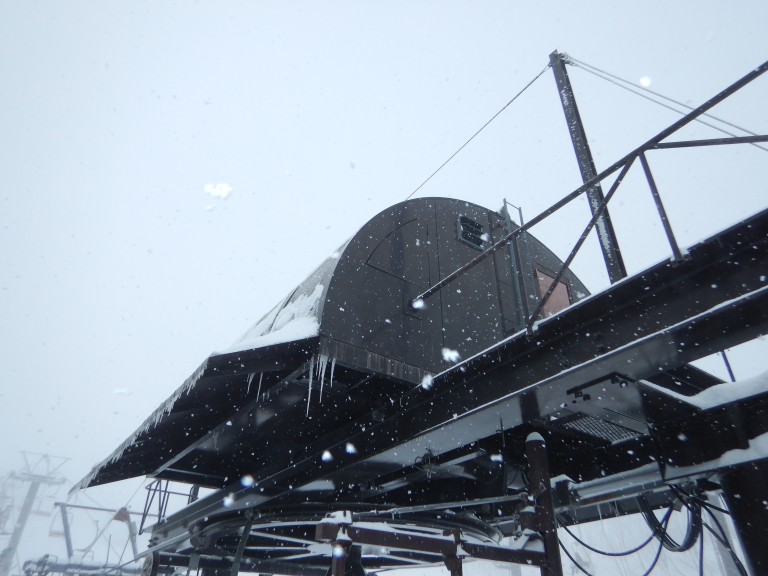 We are sincerely thankful for being blessed with this wonderful snow!

And as the morning changed to afternoon, the snow went away with the clouds to leave us with a lovely clear day. 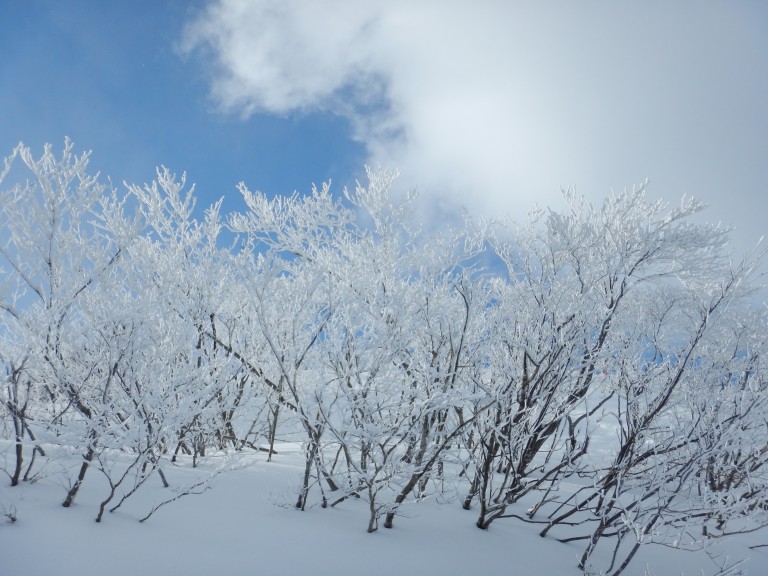 You can see my shadow cast by the sunlight! 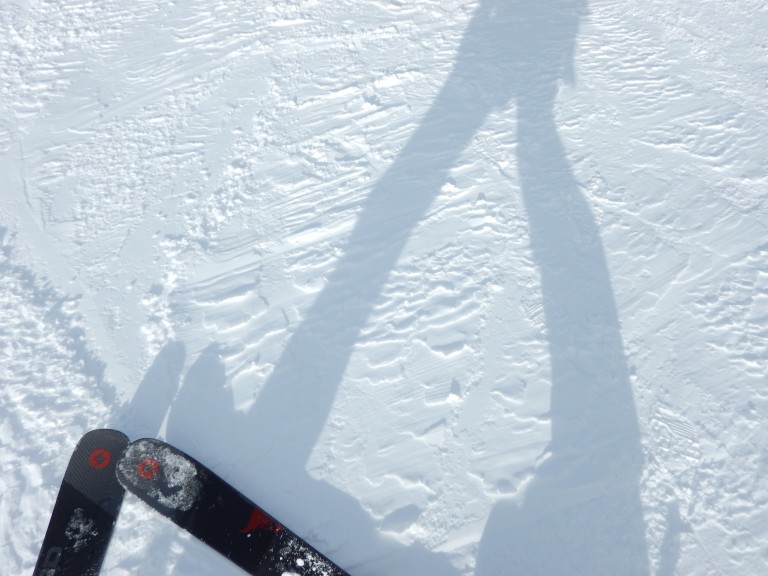 The power snow is (kinda) visible. 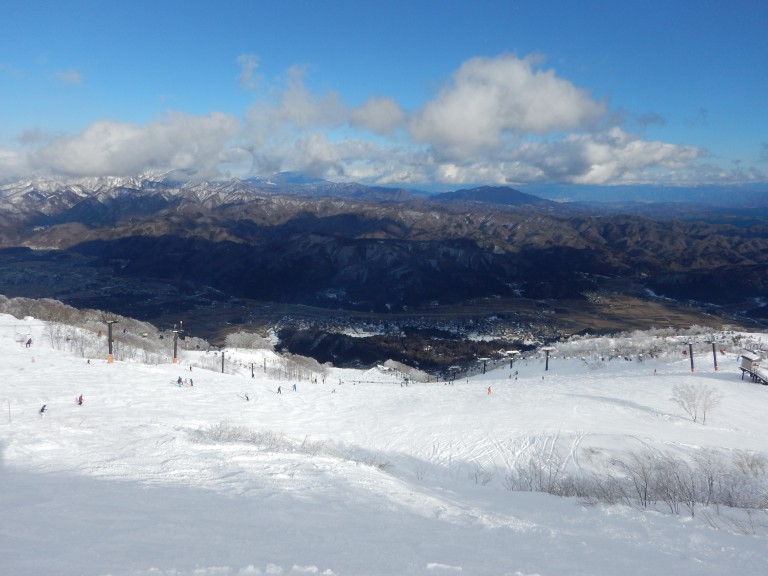 The change in weather brings forth a new a refreshing feeling to the afternoon.

Every winter, the locals often say “It always snows at the ski resorts, but it would be nice if the snow wouldn’t pile up in town…” but that has now become a reality.

Its true that clearing snow is hard work, but when there there is nothing left to do, you start feeling dissatisfied.

Well, nothing comes of complaining about the lack of snow, so lets just enjoy the unusual scenery and keep a positive mindset. 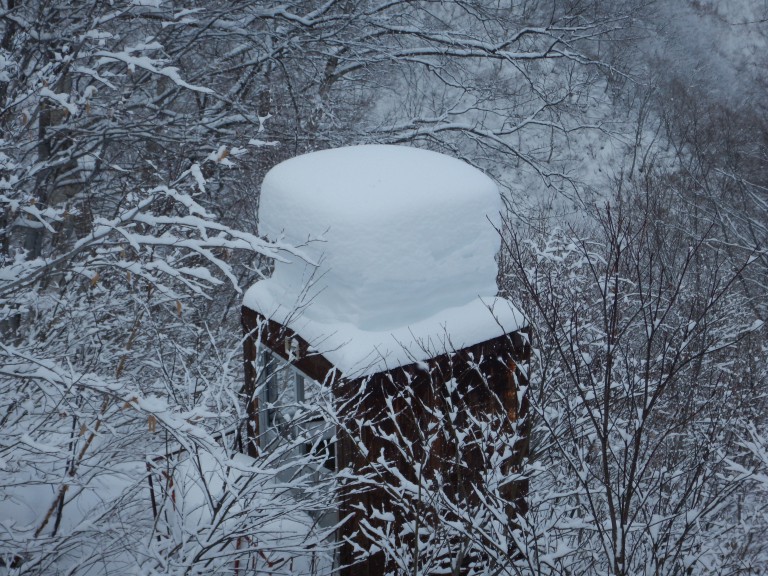 Apparently, when snow on the roof melts and then re-accumulates, it becomes like this. (Though it usually looks like the head of a mushroom)

I’d say it looks rather funny.

I wonder what interesting things will appear tomorrow? I’m looking forward to finding out.